CV19 and the Housing Market (Opinion)

To say that 2020 has been a tumultuous year is clearly an understatement. Australians have been ordered to remain at home unless there is an essential purpose for travel. This has ground the economy to a virtual halt resulting in unprecedented disruptions to the labour market. And from late February when the COVID-19 pandemic was making its early rounds in the media to the time of writing this piece, the stock market has declined by over 23%. And yet, the impact of the pandemic on Australian property prices appears to be marginal. Although most regions recorded a rise in home values through April, the national monthly pace of growth more than halved, dropping from 0.7% in March to 0.3% in April (the smallest month on month movement since June last year). Property valuations in Canberra and elsewhere have showed that there has been at least a rise in some prices, however although this overall drop in prices for dwellings may be alarming, it is unlikely to affect the quality of sleep of homeowners, unlike the sharp dramatic falls in the stock market. So, what explains the resilience of property prices? And can we expect the property market to maintain its resilience? In my opinion, buckle up. We’re in for a ride.

The (Current) Insulation of Property Prices

The resilience of Australia’s property prices can be attributed to several factors. Firstly, there has been a sharp decline in market activity especially during the first quarter of 2020. Sales volumes across Australia has declined by approximately 40% over April with a roughly 25% decrease in available sale stock. This indicates a lack of distress sales, fuelled by the second factor of the property markets resilience, that is the moratorium on loan repayments from major vendors. Homeowners who have lost a significant portion of their incomes can keep their mortgaged property without the threat of default, continuing repayments once the economy returns to a semblance of normality. If they are looking to sell, property valuations are important and can still be conducted amid the crisis. Finally, local strengths can further insulate an area from experiencing declines in housing prices. For instance, the unemployment rate in certain areas may not experience sharp declines in dwelling prices compared to the rest of the country, such as Canberra where a large proportion of people have secure Government jobs. Property valuations depend on the area such as neighbouring house prices, amenities and local attractions and can still be performed despite the current pandemic. There are virtual property valuations available through video conferencing platforms which makes it easier and more convenient during this time of isolation.

Although there is resilience in the Australian property market, the big question remains. Will this resilience hold?

Although the creation of a vaccine or treatment for COVID-19 may stop further impacts of the pandemic, the effect it has had thus far on the Australian economy may remain long after the pandemic is over. The economy cannot simply return to the state it was in prior to the pandemic. Many businesses have already ceased trading and many jobs lost may never return. Further, global economies are experiencing its own problems and may drag Australia’s economy lower by reducing the revenue Australia amasses from exports (conflict with China may exacerbate Australia’s economic problems further). Indeed, the outlook of the economy is gloomy and is encapsulated by the Secretary of Treasury Dr Stephen Kennedy, who suggests that Australia’s economy is well beyond talk of a recession. We may be on the cusp of a depression.

It could very well be that post pandemic, Australian property prices may decline or downright plummet, especially if initiatives designed to protect homeowners during the pandemic is repealed. Banks will eventually repeal moratoriums on mortgage repayments, government welfare may be scaled back or cease completely and foreign investment in Australia may decline (Chinese enquiries for Australian properties have dropped 14 per cent in the first quarter of 2020). The repealing of initiatives designed to cushion the blow of the pandemic on homeowners coupled with the negative outlook of the Australian economy may send shockwaves to property prices with an increase in distressed selling. Property valuations will convey the change in property pricing due to the pandemic and depend on the size of the block and home and number of bedrooms, bathrooms and garage as well as outdoor area condition. You can still obtain a property valuation in Canberra if you are looking to sell during these tough times. So what can we expect in terms of a decrease to property prices? Some say 10%. Pessimistic housing commentators suggest a fall of over 30%. There is plenty of ambiguity surrounding the outlook of the property market. But there is one thing I have not yet considered as a potential threat to the housing market. A second wave of infections. 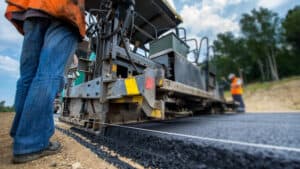 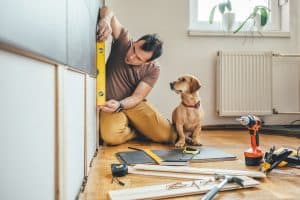 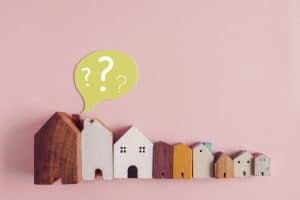